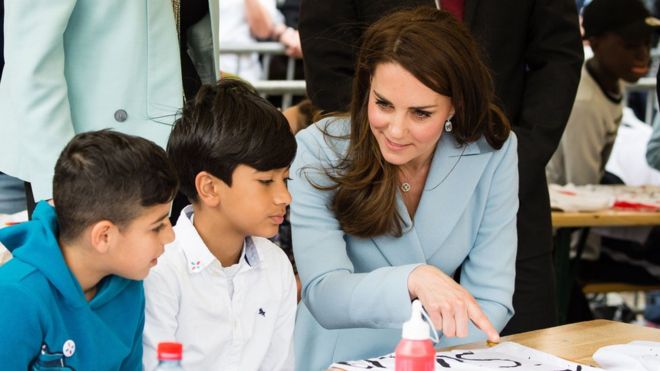 The boy gifted the Duchess a bouquet of green and white flowers. After looking the little boy crying, the motherly side of Kate came in; she knelt down next to the little boy and tried to console him by making faces.

The Duchess arrived here alone to take part in the official commemoration of the Treaty of London 1867.

He said “We always talked about how children appreciate riding bike. For kids, this is great, because by riding the bike, they can exercise, go outdoors, and as far as it is safe, they can also go to school all alone on their bike.”

Kate said, “Their children also have bikes and they love riding, they are always interested and excited about riding the bike.”